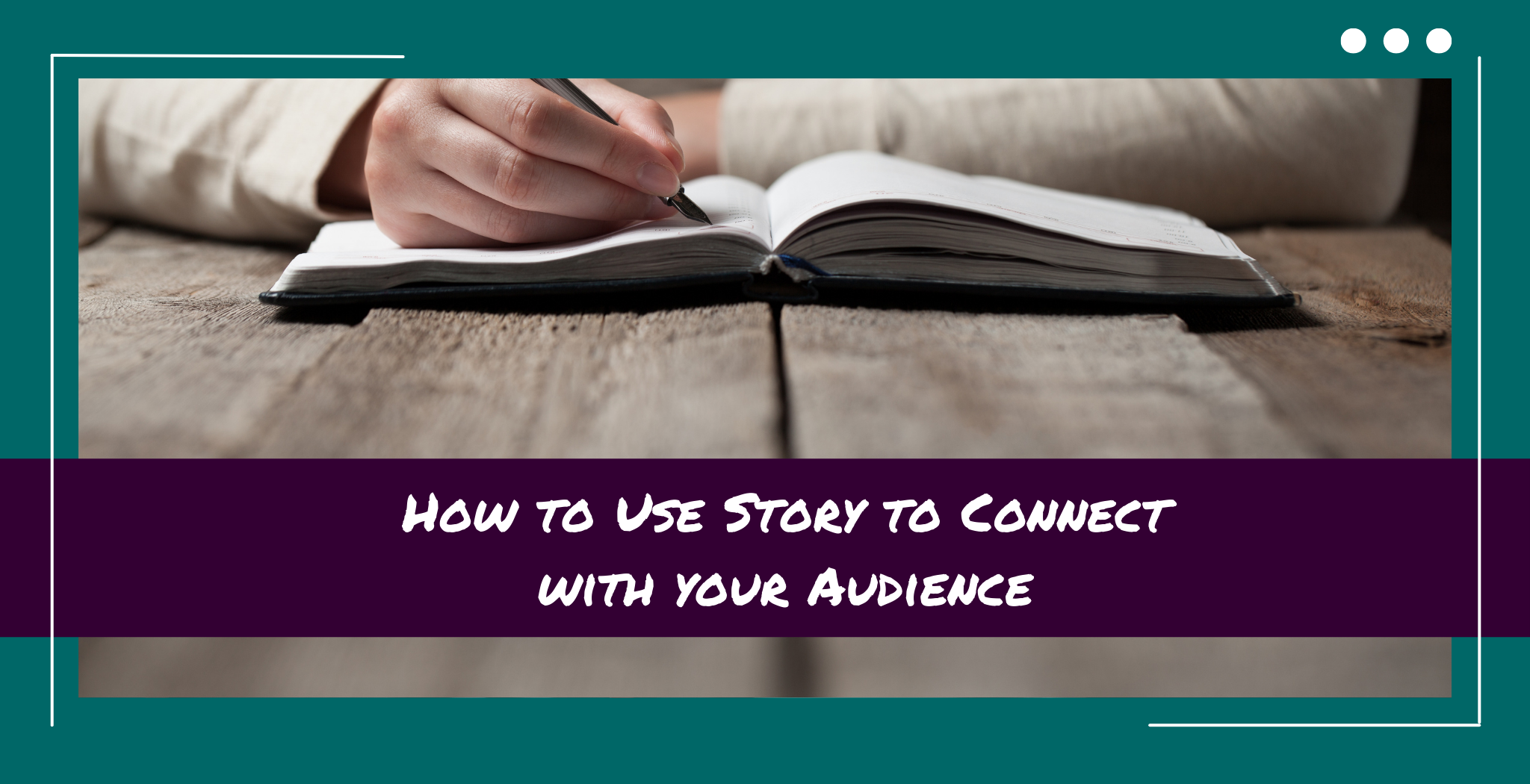 How many times have you ended up on someone’s list expecting it to be filled with valuable tips and insight (because that’s how they sold it) only to be delivered nothing but pitch after pitch for the first little while then everything just… stops?

Only for them to show up in your inbox again a few weeks or months later with more pitches?

This happens because we’re taught to think of email marketing from a sales perspective.

This is how all the big industry gurus sell it. “Increase your revenue with email.”

And this is how it shows up in our inboxes.

So we try to emulate what we’re seeing only to find that our small audience doesn’t respond the way we thought it would.

Now think about your favorite emails. We all have someone we’ve never unsubscribed from.

What makes their emails subjectively better?

I’m willing to bet story has something to do with it.

In a general sense, there are 4 overarching email types:

Because we’re taught to look at it from a sales perspective, most people tend to focus on the selling and reminding emails, all but forgetting the other 2.

But this actually the path to the fewest sales.

This method is why people think “ugh” when you ask them to sign up for your email list.

This is what leads to people to show up with pitch after pitch then dropping off the face of the planet until the next time they have something to promote.

This is what leads to high unsubscribes and what’s called list churn.

List Churn Definition: the frequency with which you have to replace subscribers because of unsubscribe rates.

But if you focus more on the Connection & Value-based emails, you’ll have your readers looking forward to your emails, creating a more engaged list and minimizing list churn.

Yet these are the most underutilized and overlooked emails because it can be hard to come up with what to write.

Which is where story comes in.

Story is how we connect. Humans have been telling stories to connect with other humans since the dawn of time, and the BEST marketing weaves story into it.

Except there are a lot of misconceptions and false beliefs when it comes to creating story, some of the most common ones are:

I’m not a writer

I’m not a storyteller

Humans are natural born story tellers. Admittedly, some people are just better at it than others, but that shouldn’t stop you from telling stories in your email.

Where people get hung up the most though is in how they try to create the story.

They try to create a story around the offer, lesson, or moral. Except this is probably the worst way to try to write and a big contributor to the dreaded writer’s block and shitty stories.

The best way to write is just to write. The lesson, moral, or offer tie in will present itself as you do. (Promise. If it doesn’t, you’re looking too hard for it. Walk away and come back to it later.) Even if you start with a specific lesson in mind, you might find that by the end of it, the story has taken a completely different path.

In an email I sent out recently, I wrote about how my plans for the long weekend were ruined and I was in a pissy mood because of it.

When I sat down to write that, I had no idea where I was going with it.

I had the vague idea that it was going to end with some message about embracing change even when you don’t want to, but that’s not what happened.

It ended up being about sharing your story authentically.

You have to let the story unfold as the story wants to.

But that doesn’t solve the problem of what to write. How many times have you sat down at your computer only to stare at the blank screen for what seems like forever?!?!

This is because we think we don’t have anything interesting to say. But again, this is a misconception. If you were talking to your best friend or a close family member, what would you tell them? A story!

Fact: You tell stories All. The. Time.

Encountering “writer’s block” when trying to create email content comes down to one thing: Not having an accessible library of stories at the time.

Lucky for you I have a solution for that.

I dug into the tools I use every day to create emails for my clients and found two that will help you create content for your own emails quickly and easily.

The first is my list of 360+ Story Prompts. I give my clients this Google sheet with over 360 story prompts to get a bit of their back story so I can write their emails more effectively. 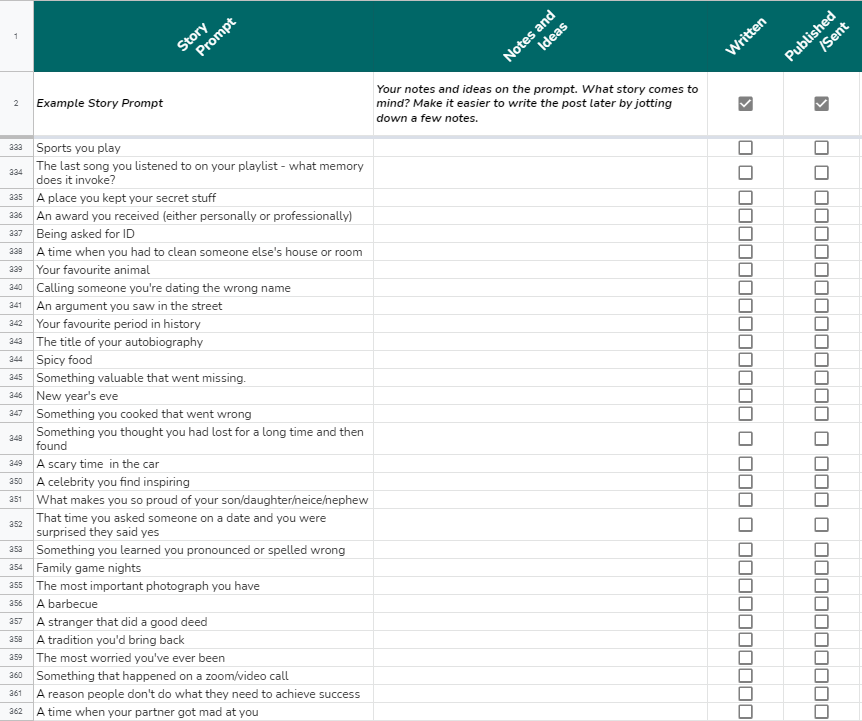 The second is a place to keep track of your own Story Library. I give this Google sheet to my DIY clients so they have all their own story prompts compiled into a library so they always have a starting point to write their emails with.

Now I'm giving them BOTH to you!

Awesome! Your access links are zooming to your inbox right now!

If you don't receive the email, be sure to check your Promotions or Spam folder.

Something went wrong. Please check your entries and try again.

Just let me know where to send them: